Didn't think I could hate flying. I used to love it. But 22 hours of it from New York to Jakarta, in the era of suicidal madmen using airliners as missiles, it was pure hell. Having a 3 year old sitting behind you and constantly kicking your seat....priceless...after two short weeks of reunion with family and friends, a wedding, a lot of running around, the flight back was even worst. The foiled London bomb plot happened just the day before I had to leave. Sucks....but hey, it was worth it. Coming home after 5 years abroad was definitely sweet.
Two quick shot taken at Kuala Lumpur in transit. One of the few times I had the will and energy to pick up my D70. 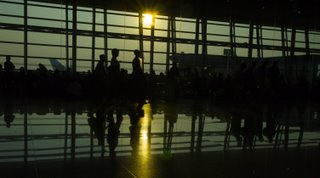 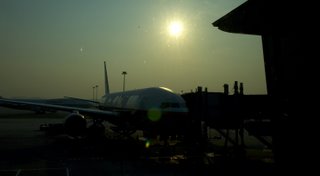